It starts, as usual for this kind of film, with a dead body. This time it’s a nude woman, one of a series with signs of being tied up, bite marks all over her torso, and her eyelids cut off. Detective Catherine Palmer (Ellen Barkin) forms a relationship with Vickie (Peta Wilson), a friend (and likely more) of the victim, Dorothy.

Palmer: “And what’s your area of expertise, Terry?”

END_OF_DOCUMENT_TOKEN_TO_BE_REPLACED

In this episode, mainly set at a women’s festival in the woods, Maura, a transwoman, has a difficult experience when she finds that the festival is supposed to be for “women-born-women” only, and her adult daughter Sarah hooks up with a kinky woman named Pony (played by Jiz Lee).

END_OF_DOCUMENT_TOKEN_TO_BE_REPLACED

Bitter Moon (IMDB) is a 1992 erotic/romance film, directed by the notorious Roman Polanski, based on the novel Lunes de Fiel by Pascal Bruckner

Nigel goes on an ocean cruise with his wife, Fiona, where he becomes fascinated by a beautiful, mysterious woman named Mimi. Her husband, a paraplegic would-be writer named Oscar, demands that Nigel listen to his story of his obsessive love with Mimi before Nigel has an affair with her. Like another tale of twisted love, Nabokov’s Lolita, we shouldn’t take the narrator at face value. Mimi privately tells Nigel: “You musn’t believe all he says. He’s a sick man. He imagines things.”

In Oscar’s story, he is a self-consciously literary archetype, an independently wealthy young American living in Paris to become a writer. On a bus trip, he becomes smitten with Mimi, a young French woman.

Mimi is a cipher, with almost nothing more to her than being a beautiful French dancer, at least in Oscar’s telling. The early stages of their romance go from sweetly romantic to an adolescent’s idea of eroticism.

Oscar: (to Nigel) “I’m only going into such detail to show you how completely enslaved I was, body and soul, by this creature whose dangerous charms have made such an impression on you.”

END_OF_DOCUMENT_TOKEN_TO_BE_REPLACED

The documentary Bloodsisters, covering the San Francisco leatherdyke community in 1995, is currently streaming online as part of NewFest, New York’s LGBTQ+ film & media festival. The streaming will last until October 27, 2020.

You can view the trailer and some supplemental interviews and other materials on Vimeo. There was an online discussion with the director, Michelle Handelman, and others in August 2020, available on Youtube.

NOTE: I attempted to view this stream in Canada and was refused. It may only be available for viewers in the USA.

The L Word was a night-time soap about a group of lesbian and bisexual women in West Hollywood, with multiple continuing storylines.

“Loud and Proud” is centered on Pride Weekend in LA. In the previous season, Jenny arrived in West Hollywood and began exploring her sexuality, which caused some complications with her boyfriend. Jenny broke up with him and joined the other characters.

The top says, “I’m going to give you a minute to think about how badly you want me to fuck you.”

END_OF_DOCUMENT_TOKEN_TO_BE_REPLACED

Back in 2004, The L Word was a groundbreaking nighttime soap/drama series focusing on a group of lesbians living in Los Angeles. It was actually shot in Vancouver in early seasons.

I did my best in the audition, but it was my first attempt at acting since high school drama class. I didn’t get the part.

One Shocking Moment (IMDB) is a 1965 exploitation drama film, written and directed by Ted V. Mikels. Unlike some other movies discussed in this project, it has a coherent narrative and recorded dialog.

Newlyweds Cliff and Mindy leave their home town so Cliff can get a big corporate job in LA. They settle into an apartment complex. This is the sleazy side of the sixties when everybody smoked like chimneys and drank like fish, and men cheerfully belittled and objectified women. Cliff even does so right in front of his new wife, with only her mild objections. Cliff starts an affair with his boss’ secretary, while lonely Mindy drifts into an implied lesbian affair with her neighbor Tanya, a lesbian nightclub owner.

END_OF_DOCUMENT_TOKEN_TO_BE_REPLACED

The Duke of Burgundy (IMDB) is a 2014 drama film written and directed by Peter Strickland, and starring Chiara D’Anna as Evelyn and Sidse Babett Knudsen as Cynthia. Shot in the UK and Hungary.

Somewhere in Europe, sometime in the mid-20th century, two women play out elaborate sadomasochistic scenarios. Evelyn, playing the meek maid, comes to the house of Cynthia, playing the haughty mistress. Evelyn’s duties of cleaning and laundry are, inevitably, unsatisfactory, which results in punishment. Cynthia drags Evelyn to the bathroom, closes the door on the camera, and urinates on her.

Obviously, the MPAA would not give a film could give a film with an explicit golden showers scene an R-rating or even an NC-17 rating. (IMDB says it doesn’t have a rating in the USA.)

END_OF_DOCUMENT_TOKEN_TO_BE_REPLACED 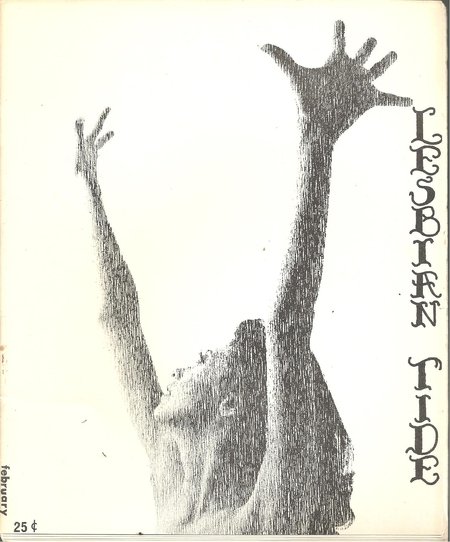 END_OF_DOCUMENT_TOKEN_TO_BE_REPLACED

According to the New Yorker, the Van Dykes were a microculture of nomadic lesbian separatists who roved around the US in vans (hence the collective and individual names) in the late 1970s. They were on a quest of sorts to explore the new frontier of lesbian culture. Interestingly, when the mainstream of lesbian feminists were building an orthodoxy position that female sexuality was inherently domestic, monogamous, and without power dynamics, the Van Dykes went in the opposite direction, developing a new sexual culture of what would today be called polyamory and sadomasochism.

During yet another fight among the Van Dykes over who was sleeping with whom, Heather recalls, Judith left in a huff and caught a ride to San Francisco. There she met the sex radicals Pat Califia and Gayle Rubin, who had started a lesbian sadomasochist group that they called Samois, for the house of torture in “The Story of O.” “She hooked up with those women and when she came back she said, ‘You’re going to love this,’ “ Van Dyke remembers. Judith was not mistaken: tofu quickly gave way to leather in the vans. The Van Dykes loved the drama of sadomasochism, the way it gave them license to play power games—which, really, they had been engaged in all along. For Heather Van Dyke, who had been a kind of lesbian Joseph Smith, driving around the continent looking for the promised land with a band of wives and ex-wives and future wives in tow, the idea of being explicitly dominant—a top, in the parlance of sadomasochism—was particularly appealing.

Lesbianism in the seventies had been configured as a loving sisterhood in which sex was less important than consciousness-raising. For many gay women, sadomasochism was an antidote to this tepid formulation. It was permission to focus on what turned them on, rather than what was politically correct, a way of appropriating the lust and power hunger that feminist doctrine had deemed male. “We’d been being egalitarian,” Lamar Van Dyke told me. “And suddenly we were over it.”