Admission by donation. No dress code.

As part of my second trip to San Francisco for the Folsom Street Fair, I will be presenting at the Center for Sex and Culture on Saturday, September 29th, at 3pm. This includes a full presentation on the history of consensual sadomasochism, author Q&A, and personalized books for sale.

I haven’t done one of these in a while, but there have been important developments.

The first is that I have signed with an agent to represent this project, with the working title of The Marriage of Heaven and Hell. (Title borrowed from William Blake.) This is actually my second agent, but I broke it off with the first agent a while back. The new agent sounds pretty enthusiastic and optimistic about the book, as both a commercial trade book and an academic reference.

I’ve been researching historical images at GettyImages, though I don’t know if this will be an illustrated book. I think it could have a strong visual appeal, but illustrations would require a lot of extra work and money to source the images and get their rights.

I’m also thinking about another book project,. One possible topic would be looking at heterosexual male submissives, which I see as an under-examined quadrant. 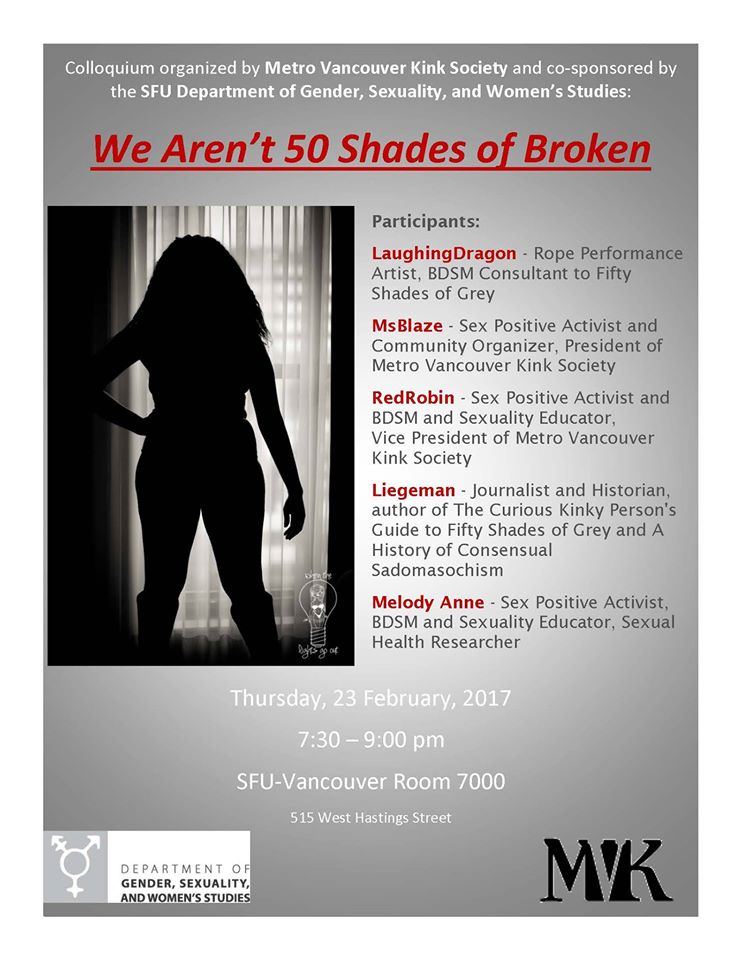 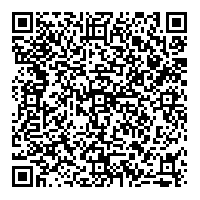 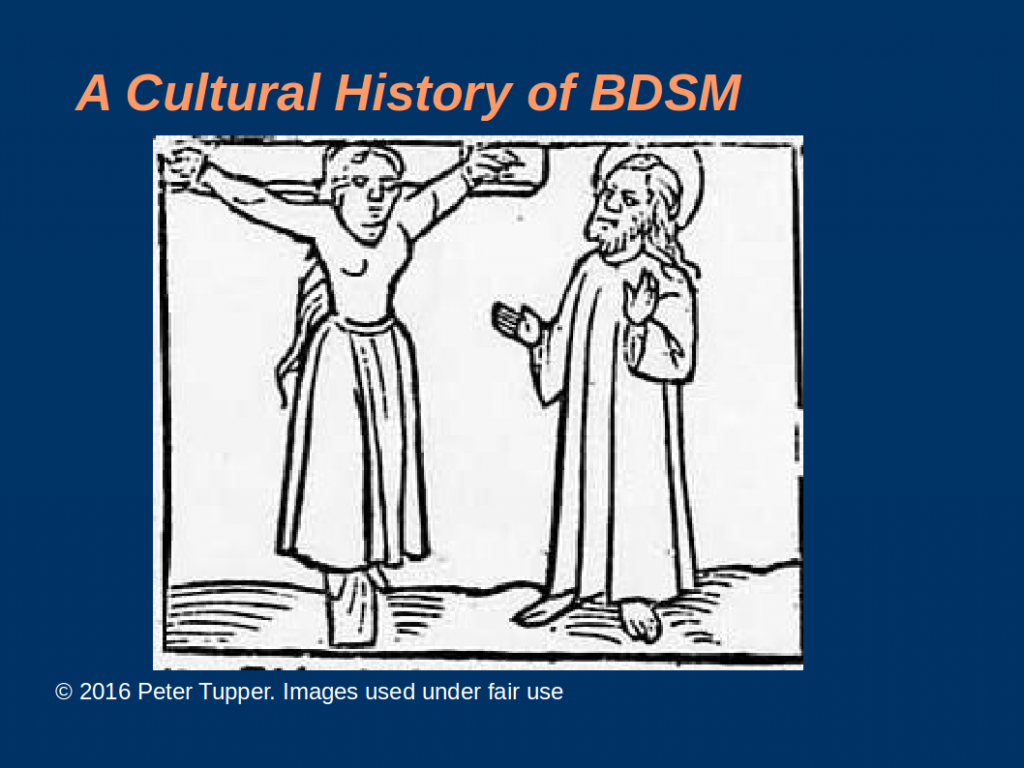 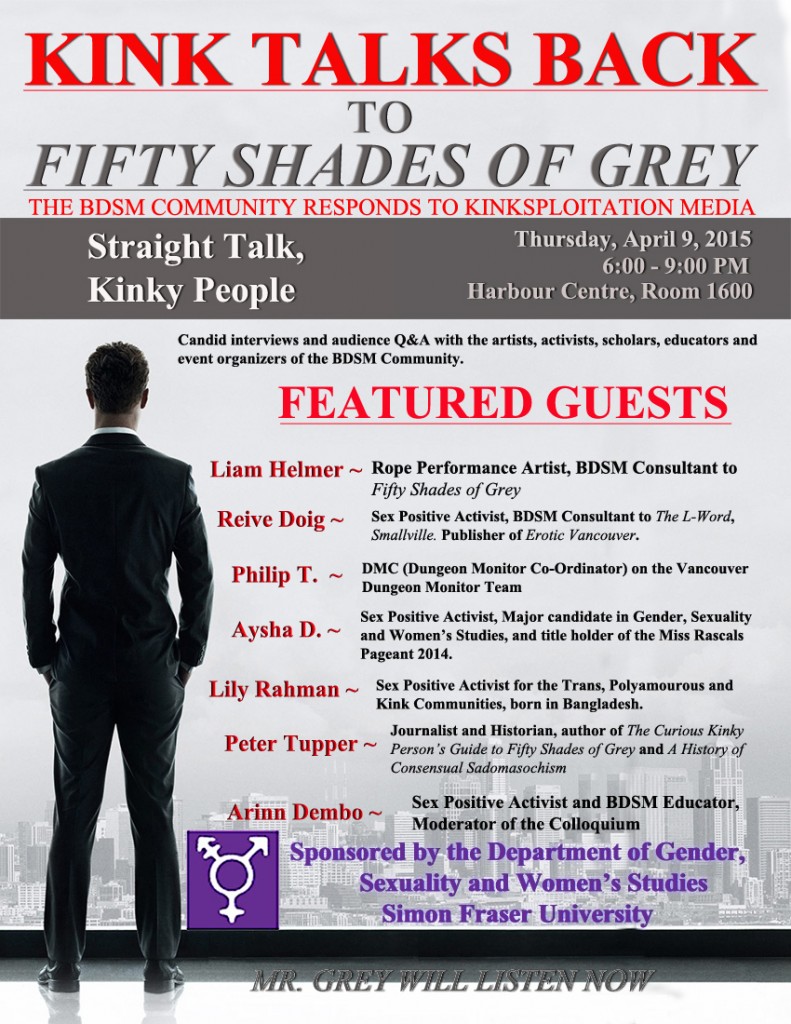 I will be one of the presenters at Kink Talks Back to Fifty Shades of Grey, an interview and Q&A gathering of kink-community people talking about the mass media phenomenon.

Sponsored by SFU’s Department of Gender, Sexuality and Women’s Studies

On Thursday, October 17th, 7pm, I am presenting at the Vancouver’s Arts Club Theatre’s production of Venus in Fur, a two-hand play by David Ives.

END_OF_DOCUMENT_TOKEN_TO_BE_REPLACED

I will be presented on the history of eroticized slavery at the 2013 Master/slave Conference this Sunday at 11am. I greatly enjoyed the conference last year and I look forward to seeing familiar faces and meeting new people too. If you see me there, don’t be shy, say hello!

Watch for updates as I go.