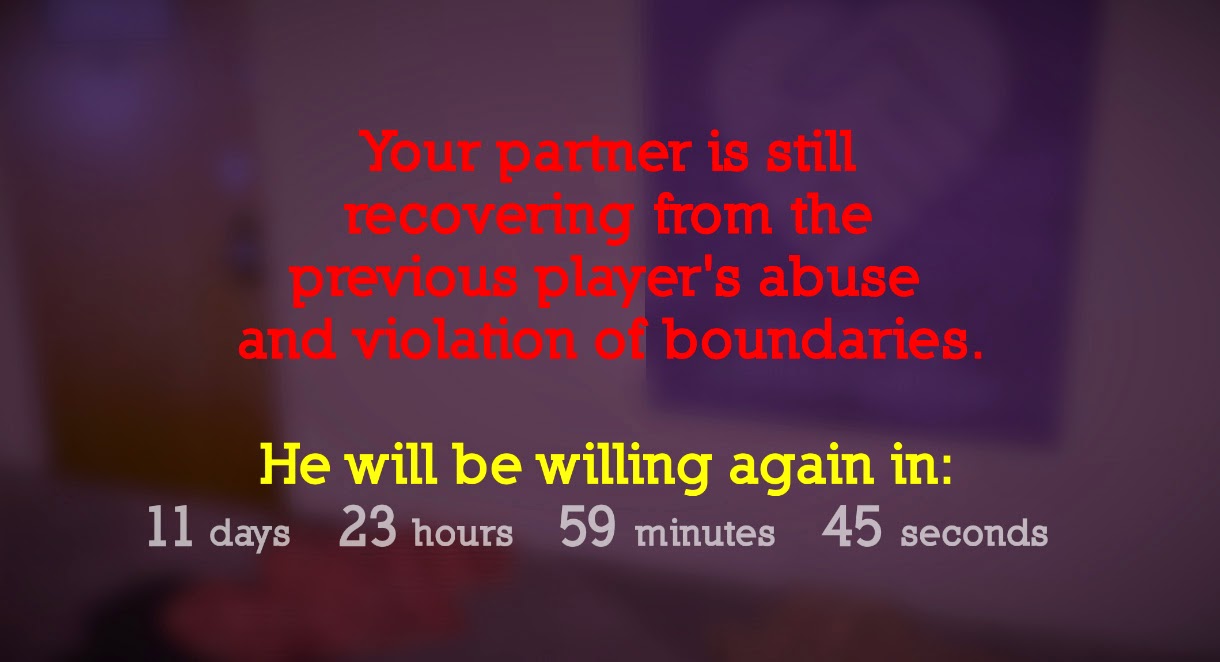 It’s not just a matter of “Your princess is in another castle.”

In the words of the creator, Robert Yang:

Yang includes some criticisms of how sex is handled in other videogames, such as Mass Effect or Dragon Age:

These kinds of representations are dangerous more for their structural properties: players understand these romances as puzzles to be solved where sex is the reward — and the idea that sex is a puzzle reward feeds directly into a pick-up artist (PUA) culture built on manipulation and perceived entitlement to bodies. This is essentially the “kindness coins” critique, that the logic of training players to expect sex, based on a series of so-called strategic actions, is super gross and perpetuates damaging ways of thinking about relationships.

If you mistreat this AI agent, it will render itself inoperable and refuse to play with you for a period of time, ranging from 2-20 days.

Yang has produced a number of other games that deal with sexual issues, such as making your own dick pics (whether you have one of your own or not), or Rinse and Repeat, which simulates a steamy shower encounter with a guy, but you have to play at the right time of day to get the right guy.

I think Yang is onto something, or at least has identified a fertile point for discussion. He describes his games as getting away from the idea of manipulating dolls into various configurations and more into the idea of a relationship with a real person. (Or, by his own admission, an attempt to do so.) His games have their own agendas, and push back if they “think” they’ve been mistreated.