Paul Gormanis’ blog has complete (albeit low-res) scans of a feature from a 1976 Forum (a UK adult magazine) which profiled the proto-kink store SEX founded by punk leaders Malcolm McLaren and Vivienne Westwood. 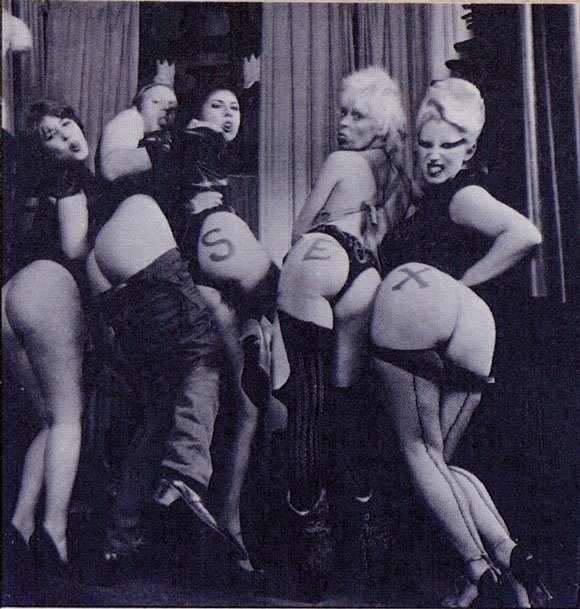 Going by the article, SEX seems to have been an early advocate of what would later be called sex positivity. It was at pains to distinguish itself from the Soho sex shops patronized by grubby old men in raincoats. It was supposed to educate and liberate, as well as sell leather and rubber wear. Westwood describes selling rubber hoods that obstructed breathing; apparently breathplay was a big then. (I heard an interesting theory that this was because an entire generation of English had childhood experiences with gas masks because of fears of gas attack during WWII.)

The whole point of Sex is that we want to inspire other people with the confidence to live out their fantasies and to change. We are really making a political statement with our shop by attempting to attack the system. We want to demystify sex, to make it fun, and to free people of their sexual inhibitions.

Gormanis has another post with recollections of the piece’s author and photographer:

And, after more than 35 years, I’ve tracked down the writer and the photographer who, for the first time anywhere, recall the revolutionary retail environment and the sexually-charged photo-shoot featuring future Sex Pistol Steve Jones, performer Chrissie Hynde, radical shop assistant Jordan, film-writer Alan Jones and, of course, Vivienne Westwood.

The feature appeared in the June 1976 issue of the magazine and was written by expat American Forum staffer Len Richmond, later to pen hit British sitcom Agony and Three’s Company (the US version of the UK’s Man About The House). The photographer was Chelsea-based freelance David Dagley.

My thanks to Mr. Gormanis for posting these historical artifacts.