Christian pays an OB/GYN to make a house call to examine and counsel Ana on contraception. This fits the Pygmalion subtext of this story, that Christian is giving her everything that an adult woman should have: computer, car, email, contraception, job, wardrobe, awakened sexuality. It’s a materialist form of initiation: I’m a “sex-having person” because I have the consumer goods a sex-having person has.  Of course, this also means Christian is increasingly in control of every aspect of Ana’s life. It’s Christian Grey’s world; Ana Steele just lives in it.

It’s tempting to attribute Fifty Shades‘ phenomenal commercial success to the recession, as a version of “shopping and fucking” novels: the emphasis on brand names, the incredible disparity in wealth and status between the two leads. Ana doesn’t even have to shop for herself, much less develop her own taste and preferences; Christian’s minions do it for her. Apart from smouldering grey eyes and huge schlong, Christian’s main appeal may be old fashioned financial security. Of course, Ana would be a lousy gold-digger; she’d sign his pre-nup without reading it.

After the visit from the OB/GYN, Ana and Christian eat and discuss her contraception plan, and then get into it again.

“Do you want to do this?” he breathes, looking down at me intently.
“I haven’t signed anything.”
“I know – but I’m breaking all the rules these days.”

“Are you going to hit me?”
“Yes, but it won’t be to hurt you. I don’t want to punish you right now. If you’d caught me yesterday evening, well, that would have been a different story.”
Holy cow. He wants to hurt me… how do I deal with this? I can’t hide the horror on my face.

This is Ana just not understanding the concept, in part because Christian hasn’t adequately explained it to her.

“Don’t let anyone try and convince you otherwise, Anastasia. One of the reasons people like me do this is because we either like to give or receive pain. It’s very simple. You don’t, so I spent a great deal of time yesterday thinking about that.”
He pulls me against him, and his erection presses into my belly.   I should run, but I can’t. I’m drawn to him on some deep, elemental level, that I can’t begin to understand.
“Did you reach any conclusions?” I whisper.
“No, and right now, I just want to tie you up and fuck you senseless. Are you ready for that?”
“Yes,” I breathe as everything in my body tightens at once… wow.

This is kind of a positive development. Christian acknowledges that Ana is apparently neither a sadist nor a masochist, and compromises by only doing the kind of kink activities that Ana is okay with: bondage plus vanilla.

I give him my hand. He turns it palm up, and before I know it, he swats the center with a riding crop I hadn’t noticed is in his right hand. It happens so quickly that the surprise hardly registers. Even more astonishing – it doesn’t hurt. Well, not much, just a slight ringing sting.

This is where things get confusing, and confusion is not what you want in a scene. Christian suggests that he will not hurt her, which is good in light of her response to his spanking earlier.

In spite of everything that has come before, this is a reasonably good and SSC (Safe, Sane and Consensual) scene. Christian goes light on Ana, as one should with a novice sub, and most importantly Ana enjoys it. 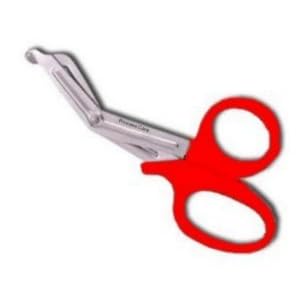 There’s a hint of Christian’s abusive past, when Ana notices scars on his chest for the first time, and he goes cold on her when she looks at them. This is, however, a minor bump in the experience.