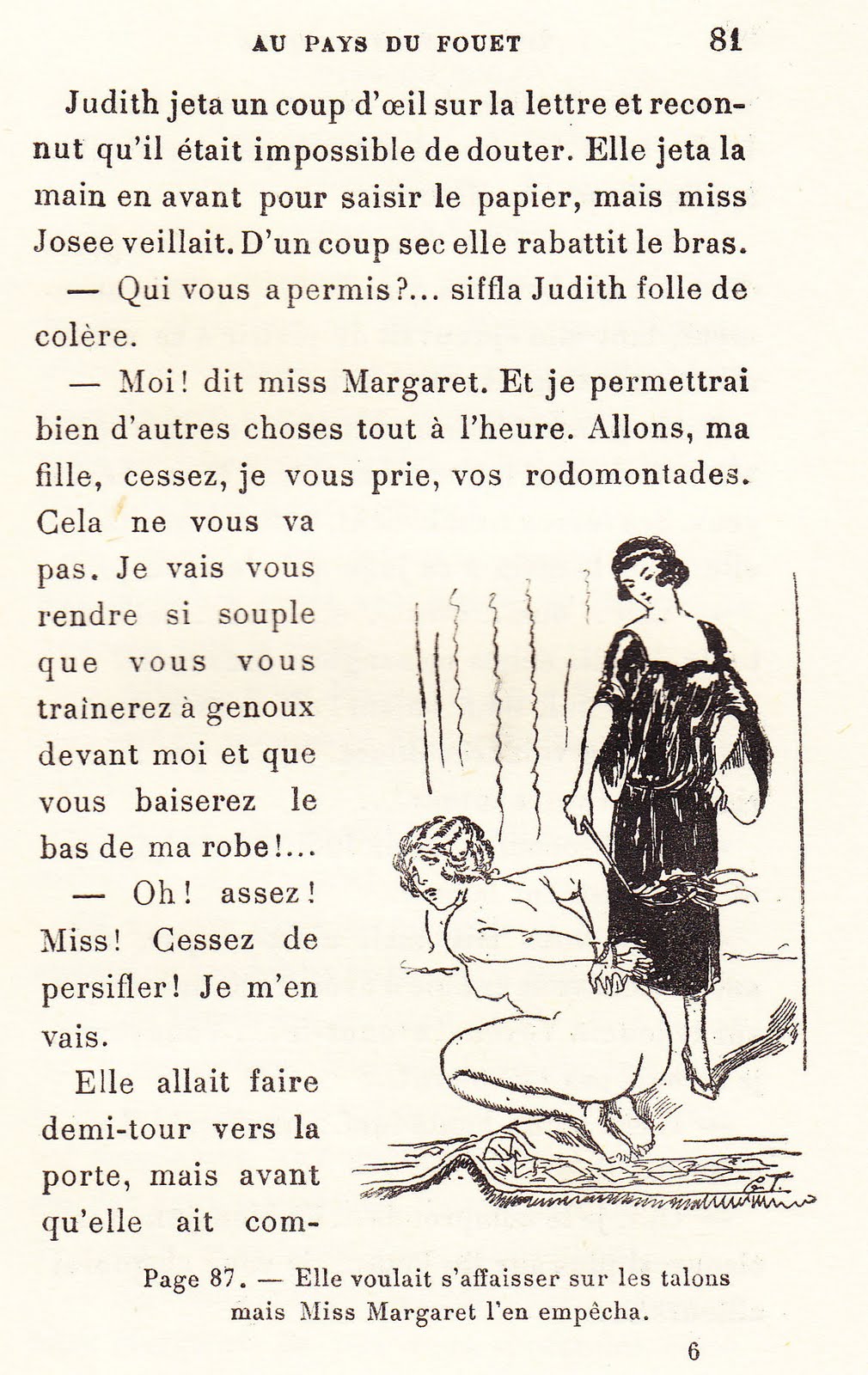 Here’s a tasty little romance of flogging was so good as to write the prolific Aime Van Rod. But more than just an erotic novel fetishistic, sadomasochistic, it is a fantasy novel! Indeed, the book begins with the visit of Asmodeus, the Devil on Two Sticks, a rich banker Haltmayer, who, drawing on his pipe, was daydreaming of the buttocks of sufragettes whipping. The devil, perceiving these sweet thoughts, arrives through the window at the good Haltmayer and proposes a trip on his back hairy. Direction of England, known for the harsh upbringing and his strange boarding schools for girls. Haltmayer rejoices. He will attend multiple scenes of flagellation, humiliation that will delight their perverse desires. In addition, to better enjoy the show, the two acolytes voyeurs are invisible, pass through walls and read the thoughts of the protagonists!

Two trips in two separate residential schools up the contents of this curious story richly illustrated by Georges Topfer, aka Gaston Smit, already crossed the intersection.

[translated from French by Google] 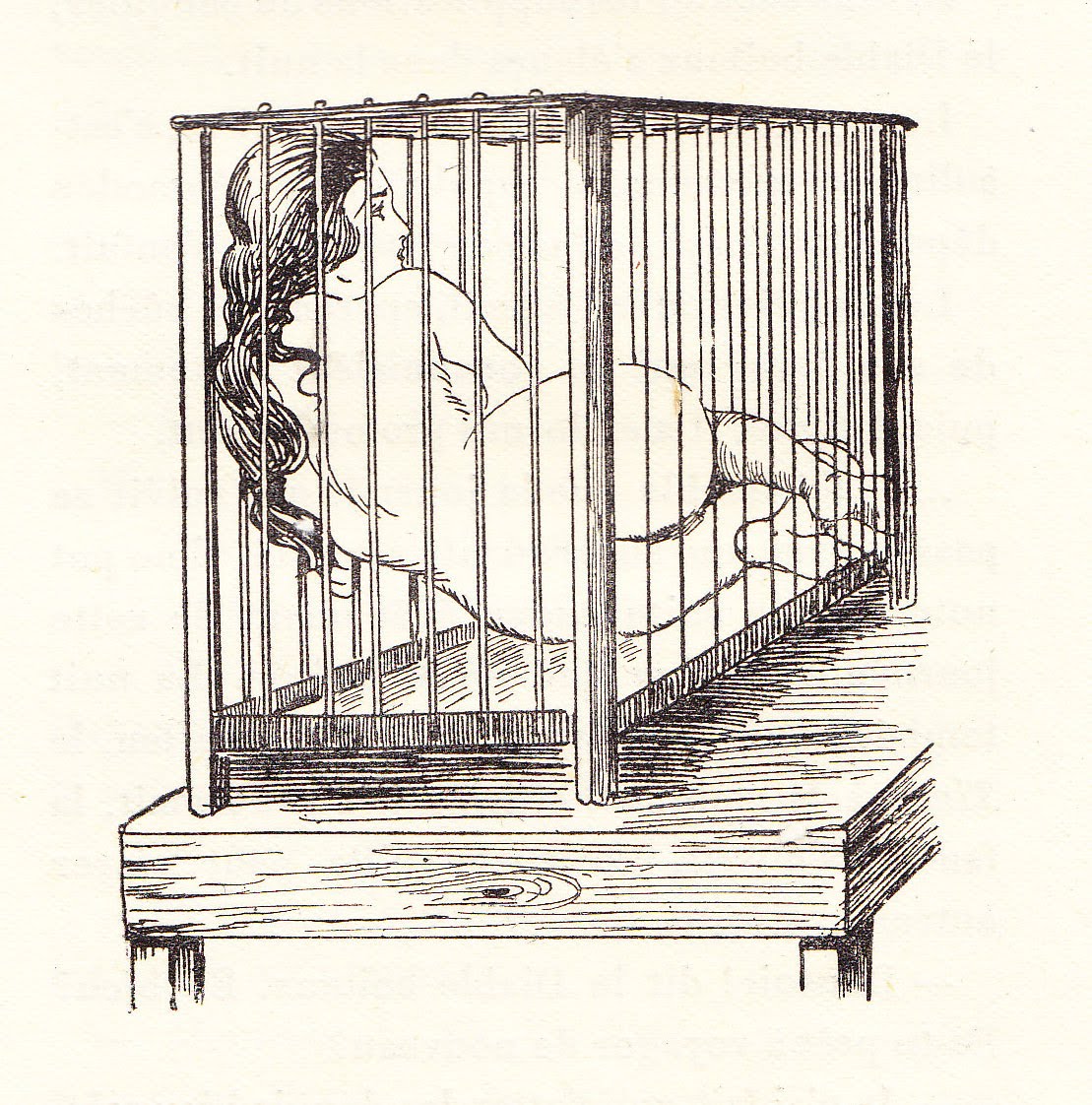 It’s interesting that a French flagellation story would use England as a xenotopia space for sexual fantasy, playing on the French projection of sexual deviance onto the English. There’s also a historical detail that the banker is fantasizing about sufragettes in 1922, perhaps incorporating the social anxiety of suffragism in the early 1920s into the fantasy. 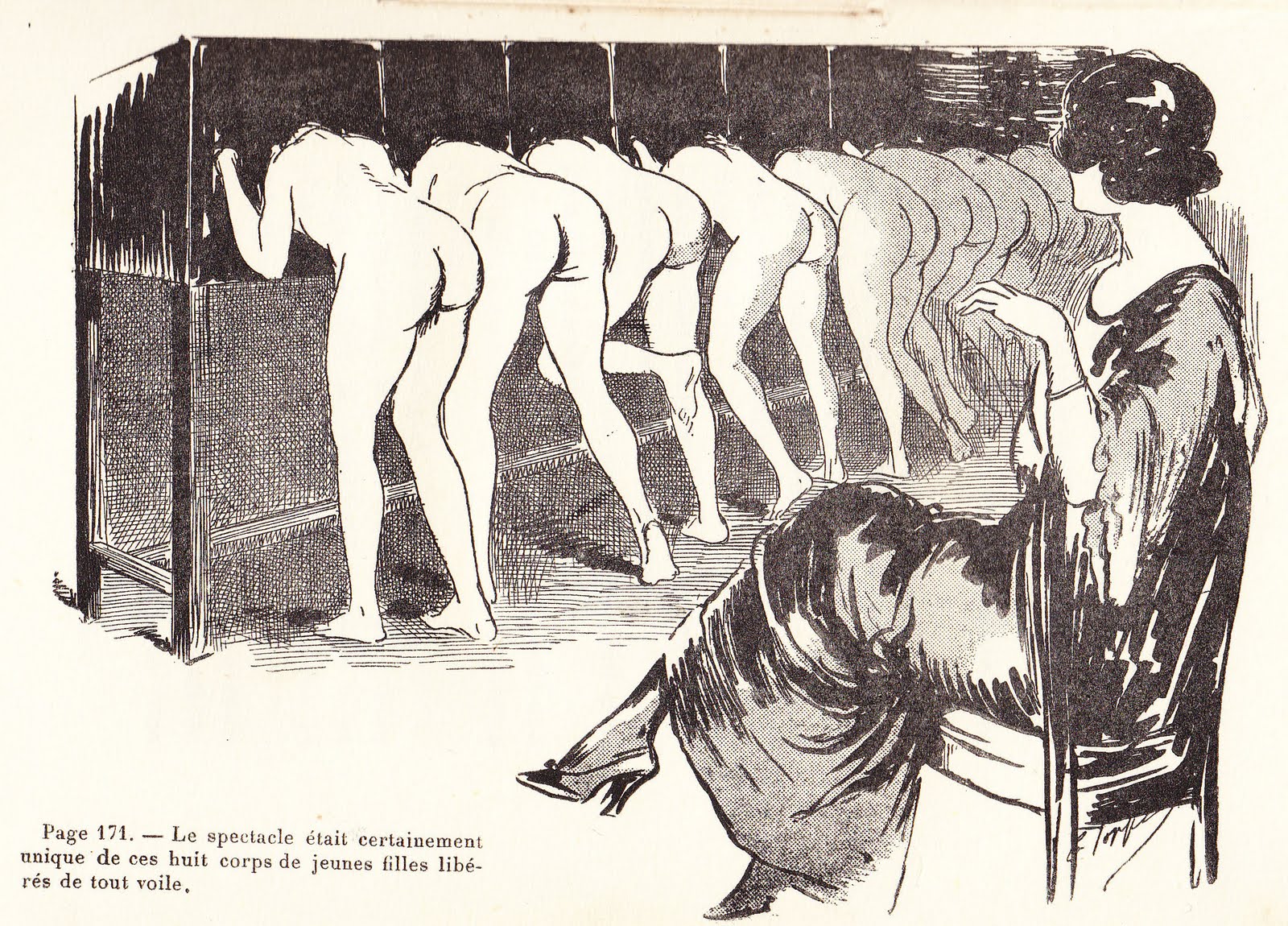 The business with the Devil seems to be a plot device to string together a bunch of flagellation scenarios, rather than come up with a coherent plot. The idea that they can also listen in on the thoughts of the people hints at Diderot’s Les Bijouxs Indiscretes.