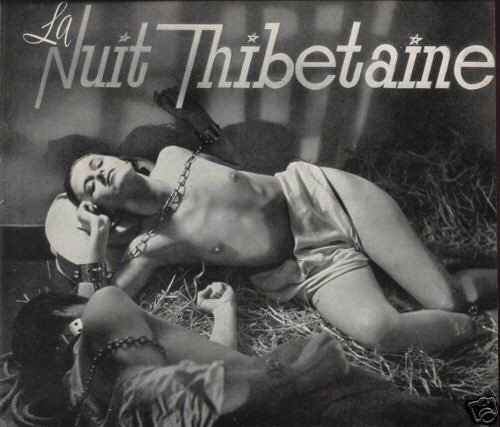 Debra Hyde also has a Flickr set called “La Nuit Thibetaine”, a mid-20th century, presumably French set of photographs from a magazine that bear a striking resemblance to early scenes from The Story of O.

Why it is called “The Tibetan nights” is unclear. I imagine people who live in Tibet dress warmer at night.