END_OF_DOCUMENT_TOKEN_TO_BE_REPLACED

Body Double is a 1984 psychological thriller directed by Brian DePalma.

Jake Scully (Craig Wasson) is a struggling actor who loses a job in a vampire movie because of his claustrophobia. He’s then kicked out by his girlfriend who’s with another man. Down on his luck, Jake agrees to house sit for a friend. The luxury house comes with a view of a beautiful woman in another apartment, who dances nude every night.

END_OF_DOCUMENT_TOKEN_TO_BE_REPLACED 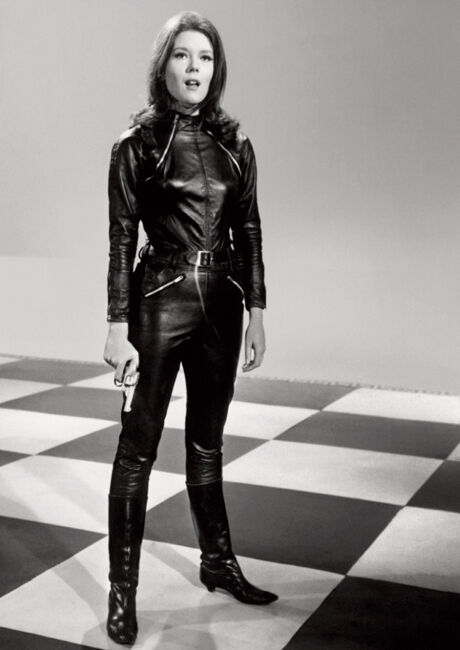 END_OF_DOCUMENT_TOKEN_TO_BE_REPLACED

I only know the broad outlines of the life of Touko Laaksonen, AKA Tom of Finland, so I can’t attest to the historical accuracy of this film. It is definitely a biopic, not a documentary. The film spans a considerable span of time, from Laaksonen’s furtive outdoor experiences during WWII to his celebrity in HIV-era America.

END_OF_DOCUMENT_TOKEN_TO_BE_REPLACED

Once you start to explore the history and deeper ideas of sexuality, you inevitably come across the topic of the fetish, and the particularly gendered origin of the concept. For a long time, it was assumed that women simply did not have fetishes, and that they were a particularly male malady, much like masochism, tied into Freudian ideas of compensation of female castration. When women exhibited behaviour that could be seen as fetishistic, like kleptomania, it was explained away as something else.

More recent, feminist thought about sexuality has suggested that female fetishism does exist, but it hides in plain sight. One of the ideas of female fetishism is attraction to injured or wounded men.

END_OF_DOCUMENT_TOKEN_TO_BE_REPLACED

is a 1977 25-minute documentary directed by John Samson, who made a career out of films about outsider topics (e.g. tattoos, competitive darts, the sexual lives of disabled people). END_OF_DOCUMENT_TOKEN_TO_BE_REPLACED

Pleasure from MARC CAMPBELL on Vimeo.

Despite Vimeo attributing it to Marc Campbell, IMDB lists it as Dressing for Pleasure (1977) directed by John Samson and Mike Wallington, about the 1970s UK leather/rubber/latex scene. Including interviews with John Sutcliffe of Atomage fame, and a clerk at McLaren-Westwood’s SEX shop.

I like the framing device of the models posing in and around a giant book printed, as if the people in the photos and illustrations of something like John Willie’s Bizarre or an Atomage catalogue magically came to life.

END_OF_DOCUMENT_TOKEN_TO_BE_REPLACED

Despite the headline and the front cover copy, this 1975 Village Voice article is actually pretty even handed snapshot of the east coast kink world in the mid-70s.