There were two films titled Venus in Furs released in 1969. This is the one also known as Paroxismus, directed by Jesus (aka Jess) Franco, and starring James Darren, Barbara McNair and Maria Rohm. It has little to do with Leopold von Sacher-Masoch’s 1870 novel Venus im Pelz (aka Venus in Furs). (The other 1969 Venus was directed by Massimo Dallamano.)

END_OF_DOCUMENT_TOKEN_TO_BE_REPLACED

Note: quotes are from the English dubbing, not the subtitles.

Deneuve plays Séverine (a name probably chosen for its link to Leopold von Sacher-Masoch’s Venus in Furs), the beautiful young wife of a surgeon, Pierre. They seem to have the perfect life, but Séverine is sexually unresponsive, what at the time they would have deemed “frigid.” (“Frigidity” is not a term used any more, at least not clinically.) The only way she can be aroused is by imagining herself in scenarios of degradation and slavery.

END_OF_DOCUMENT_TOKEN_TO_BE_REPLACED

Here’s a blog post on the work of artist Allen Jones, best known in kink circles for his sculptures of women as furniture (aka “forniphilia”), but also a designer of fetish attire. 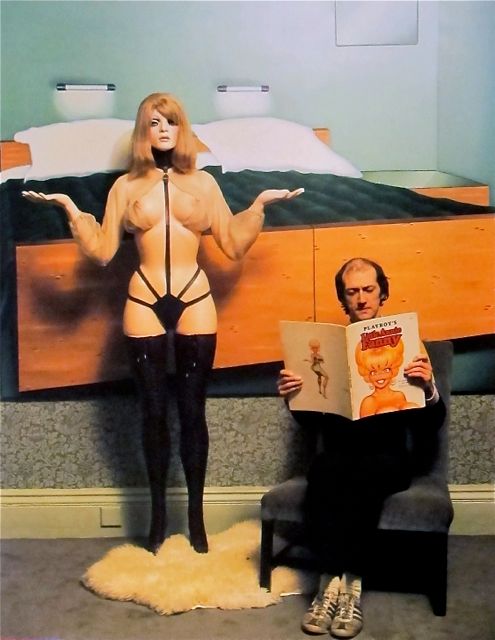 The sculptures appeared in Kubrick’s A Clockwork Orange, and Jones also designed some costumes for the film that weren’t used. 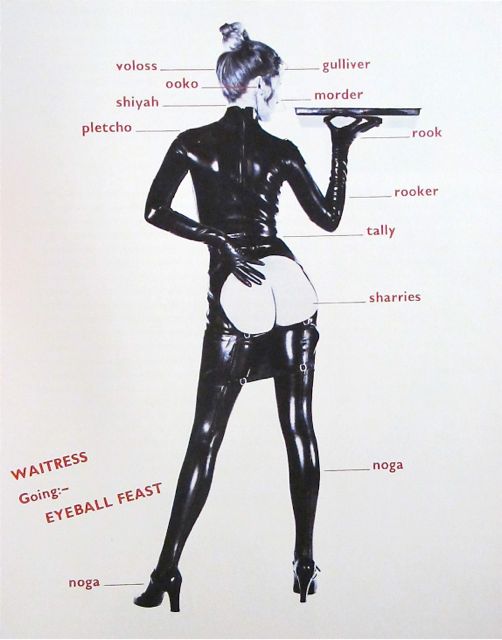 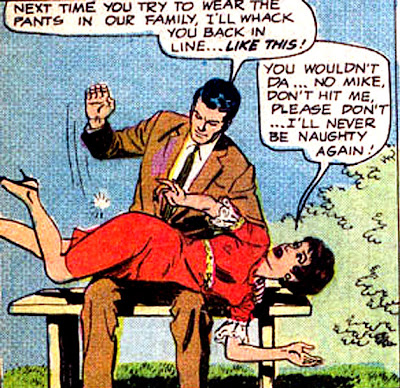 END_OF_DOCUMENT_TOKEN_TO_BE_REPLACED

Being Canadian, I’m always interested in Canada’s contributions to the sexual edge of culture. I was delighted to stumble across the story of Justice Weekly, a true crime tabloid newspaper published in Canada that frequently included fetish letters. “…popular topics were discipline, punishment and humiliation of males (especially ‘errant husbands’ and spoiled post-adolescent children) by authoritarian/domineering females, transvestites and authority figures such as school principals, judges and law-enforcement officials.”

END_OF_DOCUMENT_TOKEN_TO_BE_REPLACED

While we’re talking about Lenny Burtman, here’s a few clips from a film he produced, Satan in High Heels (1962).

END_OF_DOCUMENT_TOKEN_TO_BE_REPLACED

This image, presumably the cover of an old men’s adventure magazine from the ’50s or ’60s, is puzzling initially. Why the shaving brush and scissors? Guerilla barbers? This is almost certainly a reference to les femmes tondues. In post-liberation France, women who allegedly collaborated with occupying fascists (especially “horizontal collaboration”) were publicly shaved bald. Like the “Nazi dominatrix” trope, this is the conflation of deviant politics (collaboration) with deviant female sexuality (“slut shaming”). Women are used as ritual scapegoats for a community’s problems (in this case, the legacy of occupation and collaboration in France) and symbolically “killed.” See Frost’s book Sex Drives

Interesting to see women-in-danger in the context of anti-fascist, “good guy” forces like the French resistance. This can be applied to just about any conflict, or to put it another way, any conflict or social anxiety can provide a framing narrative for the scene of woman-in-distress.